MALALANE, Mpumalanga – Ockie Strydom claimed a life-changing maiden victory on the DP World Tour when he won the Alfred Dunhill Championship by two shots at Leopard Creek on Sunday.

“To sink the winning putt on such a prestigious green as this 18th is amazing for me. Walking onto this island green is always special. It’s something I always wanted to achieve. My dad has also always wanted me to win one of these,” said a delighted Strydom, who before this had 19 runner-up finishes in his career.

“It feels good. I’ve finally done it. To do it on Leopard Creek as well is something special.”

This is by far the biggest victory of his career and significantly changes his plans for the coming season.

“This changes my life. It’s two years on the DP World Tour now. It will be tough with the wife at home and the kids, but in the long run it will be better for them as well.”

Strydom was tied for the lead with Scott Jamieson on 15 under going into the final round. The South African was locked in a battle for the lead on Sunday, and after a double bogey on the par-four ninth he dropped back into the chasing pack.

A number of other players were also making their presence felt at the top of the leaderboard. Canter came through the field and signed for a closing 64 including four straight birdies over the turn. Otaegui, MJ Daffue and Louis Oosthuizen were also all jostling into a threatening position.

But Strydom held his nerve and then produced a scoring burst of four birdies in his first five holes on the back nine that pulled him three shots clear of the field on 18 under par and walking down the last. Otaegui birdied the last while Strydom parred, but the final result was already beyond question.

“It was hard work and a lot of mental toughness that I needed to work on. Jaris my caddie kept me in the game out there. But I’ve also been in this situation quite a lot and I know how to manage it. The double on nine cost me and immediately I made those birdies thereafter. Then I knew I could just play my own game again. To have a three-shot lead playing the 18th calmed the nerves quite a bit.” 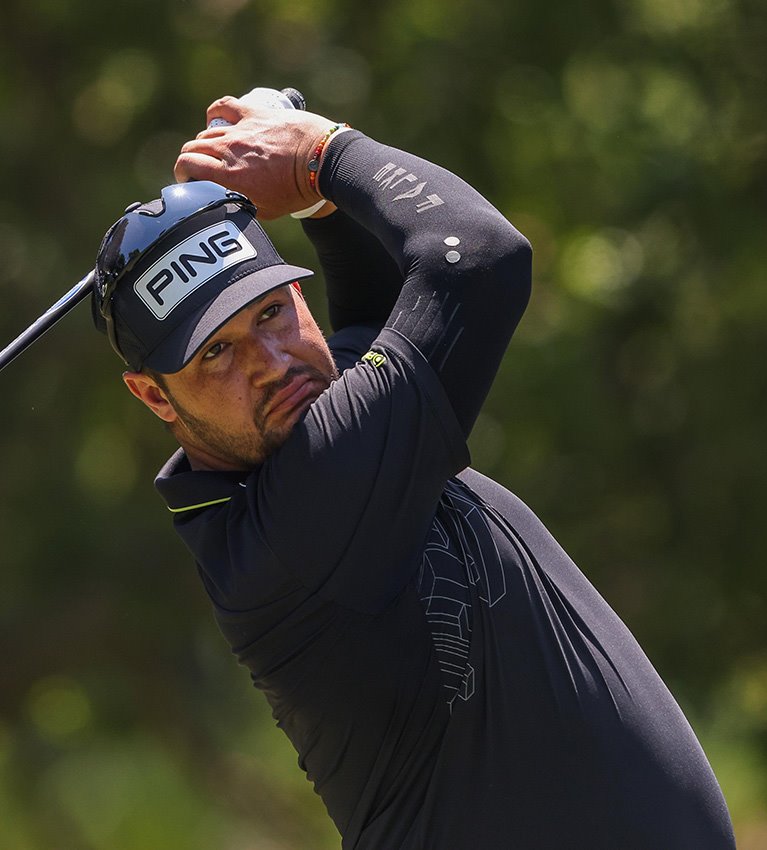